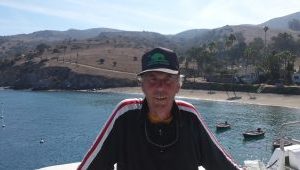 In the last video, I was encouraging you to find other people who have had health success in the face of a terrible diagnosis. It is important to find those stories and to remember, “If they could do it, then so could I.” This is different than so you will! Each of us has our own destiny and road to travel in life, and as meaningful as role models and positive examples are, they do not certainly show exactly what your experience will be.

All along the way, I encourage you to assess and reassess your condition. Make choices based on what is really happening in your everyday life and keep positive information at the forefront as you make these assessments.

After the first couple of years of Parkinson’s, Andy’s shaking began to really impact his quality of life. We had been working with an organization, in Santa Cruz, CA, called the Parkinson’s Recovery Project.

They claimed to have cured many people of Parkinson’s Disease and defined the condition as a disorder when the stomach channel meridian, in Chinese medicine, was flowing the wrong way and the nervous system had gotten stuck, so to speak, using the adrenaline based sympathetic system. We had been following their protocols for healing. It was a requirement, of the Parkinson’s Recovery Project, that participants never take medication for the disease and if one did make that choice then they would no longer work with you.

It had been about a year, and our complete experience using this protocol is detailed in my book, but the plan we followed did not help Andy’s progression of symptoms. It was getting harder for him to do any activities of daily living by himself, because of his extreme shaking, and new symptoms were presenting. His balance was off, he could only get up out of his chair with extreme struggle, and he’d often freeze while standing and facing one direction and couldn’t turn himself around.

Needless to say, the care he needed increased greatly and we had to take a long hard look again at why we were rejecting the drugs as an option. A big part of Andy’s choice to stay away from the drugs were the known side effects including dementia and death. We didn’t like the idea of dependency and that the patient was consigned to increasing dosages, when the lesser amount no longer worked, until a ceiling was reached and the patient would be stuck with nothing that helped.

We were influenced by the Parkinson’s Recovery Project banning anyone who had used drugs from their program, but we also could see that Andy was not improving using their methods.

Sometimes, in life, and sometimes when working with the challenges of disease, one feels pressed up against a wall. When this happens, and it does happen, my advice is:

1. Get rid of all preconceived ideas about where you are headed with this condition.

2. Remind yourself of other times when you faced adversity and got through to a better place.

3. Surround yourself with positive stories and information about people getting better.

4. Be willing to wait for the right options and then DO take helpful measures without limiting oneself to keeping that choice forever.

In Andy’s case, he had found a new neurologist to work with, just as life was getting too hard to bear. We chose to suspend the work we were doing with Parkinson’s Recovery Project and to try some drugs. The drugs did nothing to alleviate his shaking, which was his most disabling symptom, but within a week he was able to easily get up and down in a chair, he could walk more steadily and he could change direction without “freezing.”

We never assumed that he was going to be taking these drugs forever, because we chose to remain in the only place of power we knew. We were making a choice to take those drugs, FOR NOW, and we embraced our choice as it helped Andy to live, FOR NOW. We consciously remained in the mysterious unknown regarding how Andy’s journey with Parkinson’s would unfold, and getting better was ALWAYS in the realm of possibility.