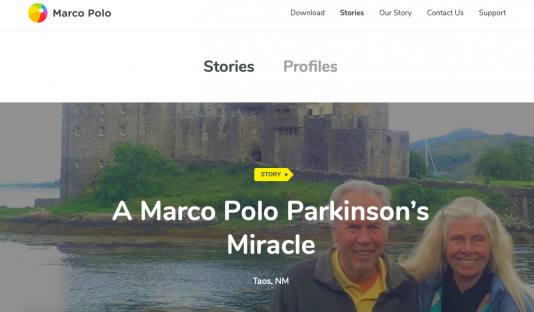 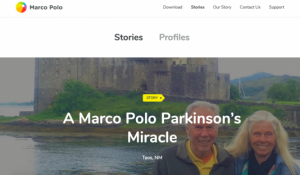 [Excerpt] After a new treatment all but eliminated the symptoms of Andy’s Parkinson’s Disease, he experienced an unexpected and heartbreaking side effect. Andy’s wife, Michelle, shares the story of Andy’s journey – and how Marco Polo helped him reconnect with the people he loved.

2 thoughts on “As Featured on Marco Polo Stories”