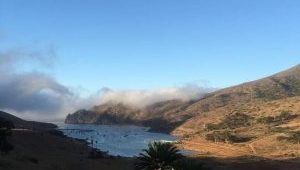 The island is almost another character as the mystery unfolds. Twelve year old Will befriends Tom, the elusive old man who is the camp caretaker, when Will has to spend one entire summer on the island. During one of the camp weeks, someone steals special personal belongings from the tent cabins. The cranky caretaker becomes a suspect in the minds of the kids in Will’s cabin. As the tension builds, a dangerous and potentially deadly situation occurs that tests the integrity and strength of each individual involved. Along with really serious issues the fun never stops at Emerald Bay summer camp… where cell phones and computers are not allowed. The kids are left to resolve all the challenges with their knowledge, wits and sheer guts and are aided by an unlikely companion, Caw, the crow.

READ EXCERPT “THE BOY AND THE CROW”
Spread the Love