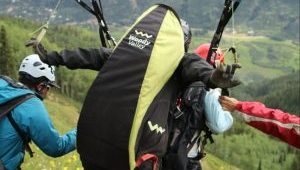 When Andy taught twelfth grade behavioral special education at Molokai High, in Hawaii, he discovered a simple and profound truth.

Some of his students were so discouraged that they wouldn’t have even recognized a successful experience. Taking into account the extreme mindset many of his students were stuck in, he had to act with creativity and stealth giving assignments that would certainly be successful, without the kids catching on. He praised their work and taught them what success felt like.

Slowly, but surely, he set the conditions that allowed the students minds to conceive of success. Over time and with much patience, his students began to care about their work as they understood the possibility of success existed, not as a guarantee but as an attainable goal.

I have experienced the negative effects that happen when the same fearful mindset Andy’s students were stuck in, gets unleashed after a medical diagnosis.

The spoken word has power. Hearing words spoken by a person one trusts, like your doctor, can trigger fearful thinking. Words like, “You have prostate cancer but because it’s been detected early, you can cure it with surgery.”

“You have Parkinson’s Disease and most likely will get worse over time.”

Andy and I heard both these statements from his doctors and when we left the offices we felt afraid. Surgery for prostate cancer often has side effects of incontinence and impotence, so in addition to fearful thinking about the surgery itself, our lifestyle and quality of life was on the line. Parkinson’s getting worse and worse was terrifying.

These were real life diagnoses and challenges that we couldn’t afford to have been led by our fearful thinking.

We needed ALL our faculties, especially the ones being suppressed by fear. We needed our hope, optimism, skepticism, intellect, research skills, and belief in a possible successful outcome.

How did we release ourselves from the constraints of fearful thinking? How can you?