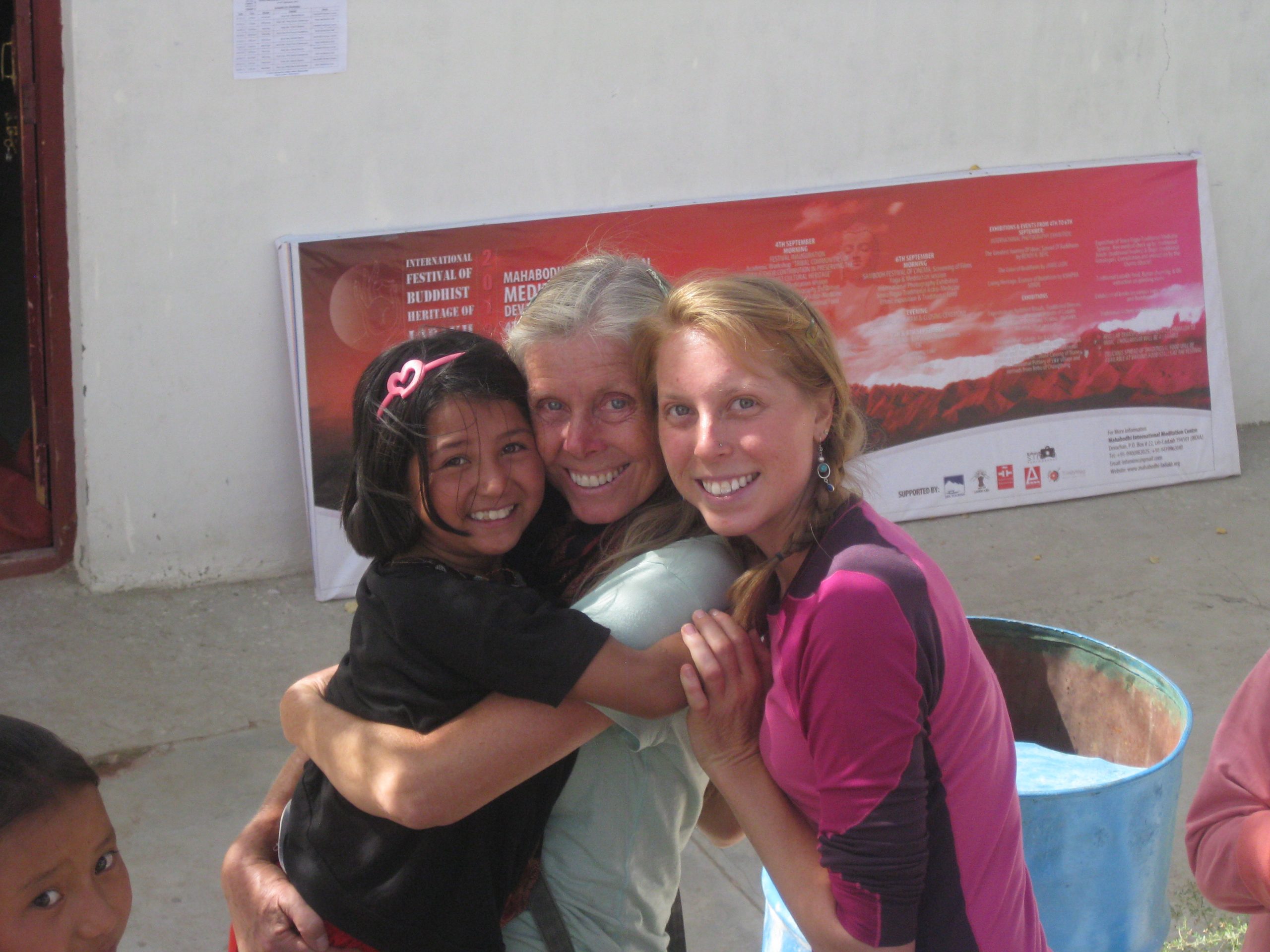 The only reason ugly times didn’t destroy us, was that love bubbled up from the mud hole I was stuck in and I was lifted up so I could see further and recognized something much better to hold on to.

Photo of Angmo being reunited with her teachers after years of separation.

I wonder why I want to write on this subject.

Perhaps, because love is universal to all people, evidenced by it being prevalent in everybody’s consciousness, from popular culture expression to ancient religious teachings.

There is no healing without love.

I want to share the gritty truth of how love worked miracles in my own life and why the subtitle of my book, Your Wildest Dreams is, A Parkinson’s Love Story. In my 46 years of being married to Andy, our love was the one thing that came through for us in every hard situation and life trouble.

Love has been our constant.

Usually it was the only remedy for envy, pride, selfishness, anger, rude behavior and resentment, as categorized in the Bible, and as lived out in mine and Andy’s lives.

Literally love has saved us.

We embodied all these negative feelings but love stopped them from taking hold for too long and becoming who we were. Personally, I’ve been so angry at my young kid’s behavior that I tipped out their unfinished breakfast cereal onto the floor and burst into tears, while shouting, “You clean that up!”

I’ve envied other people’s seemingly easy access to income and the comforts they had that I didn’t have. I’ve argued, loudly and meanly, with Andy, and I’ve pitied myself and felt resentment towards him when his disease threatened everything we’d built and most especially our relationship.

The only reason ugly times didn’t destroy us, was that love bubbled up from the mud hole I was stuck in and I was lifted up so I could see further and recognized something much better to hold on to.

I know I was not solely responsible for love coming to my rescue. We have different religious names and cultural understandings of where love comes from.

Have you ever felt love come to your rescue?