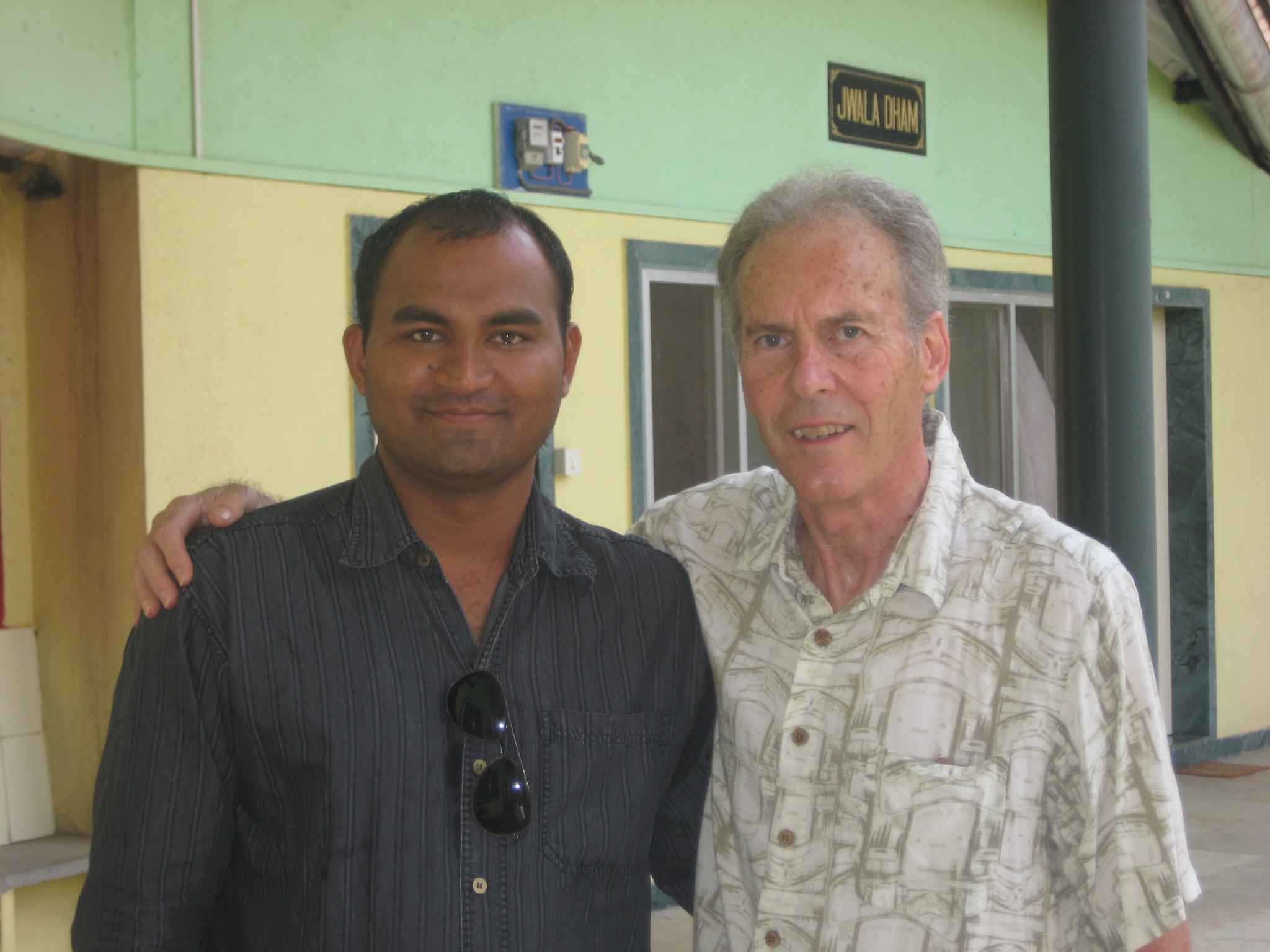 Andy and I had come to believe that the doctor brought one third of the healing power and if that was matched with the other two thirds powered by the method and the patient, then real healing progress could happen.

I’ve found that Ayurveda lives up to its meaning in English, which is “the science or sacred knowledge of life.”

Before we went to India we had dabbled in this science with a local practitioner and two Indian doctors in Albuquerque, without any success.

In India, we met Dr. Nisar Shaikh at the school where we volunteered for two months at a time, for many years. Andy and I had come to believe that the doctor brought one third of the healing power and if that was matched with the other two thirds powered by the method and the patient, then real healing progress could happen.

We traveled to Pune, India to stay at a nearby ashram and immerse in Ayurvedic healing with Dr. Nisar, for six weeks. Every day was over 110 degrees and evening cooled to about 85. At first, the intense heat and many flies distracted us from being able to fully do our one third of the work but we quickly gained our focus because the Ayurvedic methods and Dr. Nisar were so compelling. We went from wondering if this would have any effect to sort of forgetting about Parkinson’s altogether. Something was changing.

Every morning Andy’s responsibilities included doing a movement, exercise and breathing routine before 8am breakfast. My job was to put together and administer his medicine, morning and evening. This involved boiling milk, grating ginger, and concocting powdered herbs into a mixture before delivering it all to Andy. Dr. Nisar and his team arrived after breakfast. Every day Andy was booked with Panchakarma treatments, including oil massage, oil enema, oil dripped slowly onto his forehead in a meditative experience, steam baths, and oil in all orifices. Andy did his exercise a second time in the late afternoon after he had rested. We made friends at the ashram and felt valued as a part of the community.

Andy Heath had come out of his Parkinson’s cloud. The man had come back to himself and his character, personality, mind and heart had thrown off the blanket of Parkinson’s that had been smothering him. Many years of shaking uncontrollably was a powerful suffering that overtook Andy. He had been lost in that reality. Dr. Nisar, Ayurvedic medicine and Andy’s and my commitment pulled him out of the mire and back to the glorious person inside.

We didn’t know at the time, but three years later, after brain surgery stopped his worst symptoms, there was a vital man still intact and able to live again because of Ayurveda.