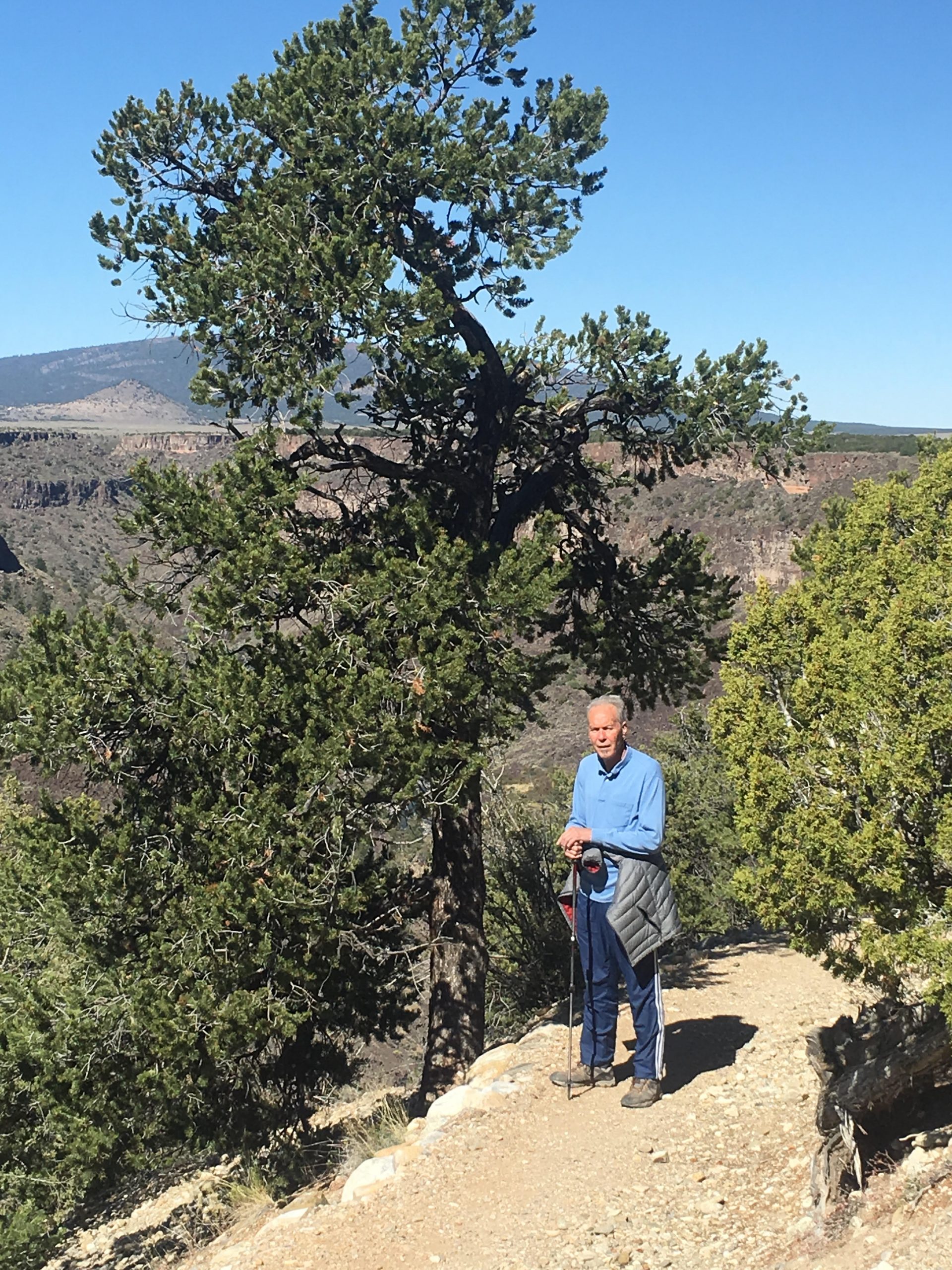 Andy Heath able to hike again after treating Parkinson’s with all sorts of alternative options and also with drugs and surgery.

We resisted drugs for as long as we could.

Drugs were the first course of action recommended by medical doctors to treat Parkinson’s. After Andy had refused them for many years and after suffering the natural effects of the progression of the disease, he was severely disabled.

It was time to try the drug route.

Our expectations were that Andy would feel a lot better for some months or years. We knew people who had been helped almost immediately by taking the drugs. We knew over time the doses would repeatedly have to be raised to achieve the positive effects and that eventually drugs would stop working altogether and Andy would be left as debilitated without recourse. Our expectation of feeling better was dashed on the first try.

We had an experiential awakening after we’d held off from trying the drugs that we’d been told would give Andy immediate relief. Finally, when we felt it was the only option left and he took the pills, they failed him spectacularly.

The doctor prescribing was rude and dismissive. He treated us like we were stupid for not immediately putting Andy on drugs for Parkinson’s. He told us in an authoritative voice that Andy was suffering needlessly. We felt chastised. A week later, Andy took his first dose.

The drug created an all consuming painful response in his body. He was unable to move without an intense cramping sensation gripping his back, legs and arms. His normal stoic behavior was reduced to moaning and repeatedly crying out in pain. It took 24 hours of exhaustive writhing until the drug left his body.

Years later, under a different doctor’s care, Andy tried the drugs for Parkinson’s again. It was a brave thing he did. His new doctor was kind, competent and listened to him. She gave him a timed release, low dose version and it was helpful, although not extraordinarily so.

It was a step that led to the brain surgery that eventually gave him his life back. Drugs taught us to keep open minds. We learned that the doctor one works with matters a lot and there is no such thing as a failsafe remedy.

What positive and negative experiences with drugs do you have?

2 thoughts on “What We Learned with Drugs”