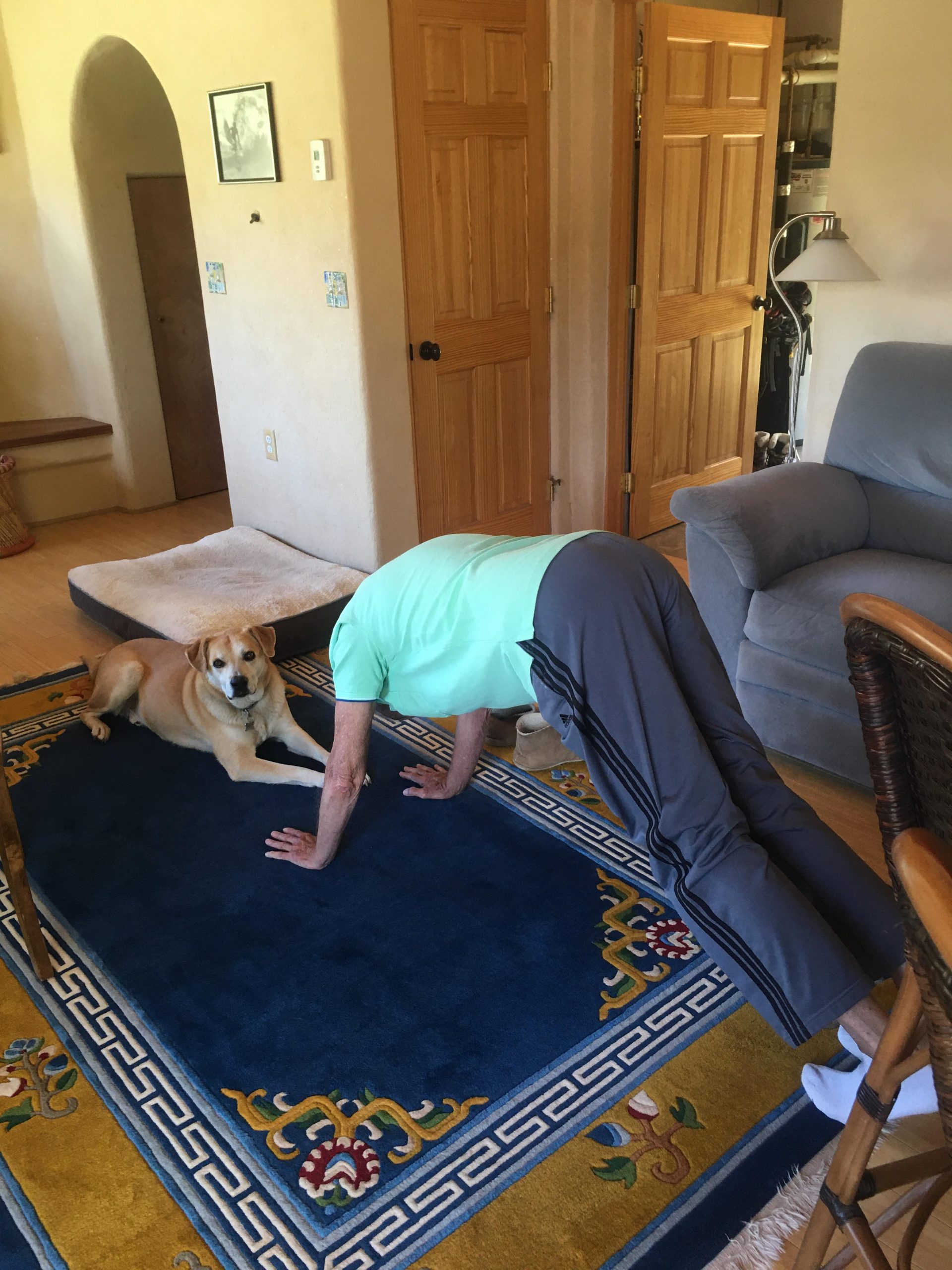 When Andy wasn’t able to lift his mood with active outside exercise he helped himself by slowly moving into yoga postures on a soft rug with a supportive friend.

With or without a disease in the mix, a person’s health is better if they have a regular exercise routine. Parkinson’s research shows that even the smallest amount of exercise can slow down the progression of the disease. This means exercise is more powerful than drugs or any other medical treatment, in the case of Parkinson’s Disease.

Andy’s personality and character was athletic. He ran cross country in school, started a college volleyball league, grew up body surfing and later was a regular beach volleyball player. Living on Catalina Island, he was a rower and a runner and he completed the 5th ever Ironman Triathlon, in Hawaii, at age 37.

Nevertheless, exercise with Parkinson’s was hard. Walking was not easy so running was out. Skiing, surfing and volleyball were totally out of reach. Anything in the water was dangerous. The shaking induced by Parkinson’s burned calories like crazy. It was difficult for Andy to keep weight on and his body was getting too thin.

Every medical professional recommended exercise and so he went to the gym, lifted weights and rode a stationary bicycle every other day, for years. There came a time when he could no longer safely drive himself to the gym and he felt like he was a danger to others because moving heavy weights without proper control is not safe.

We had run out of exercise possibilities. We were stymied.

Depression can be connected to lack of exercise. The chemicals that help a person’s mind and mood don’t flow when a body is inert for a long time. For Andy, depression came when he stopped moving and he was left with two options after the fog of depression lowered over him.

He could either GET LOST in the fog or he could WAIT in the fog for something else to happen.

Neither option was very hopeful, but for Andy there was really no choice. He would wait it out. Getting lost in any way went counter to the tough strength that defined him. He wasn’t a quitter and wasn’t going to give up his life to depression. He chose to wait it out and here’s what happened……….(story continued in next week’s column)