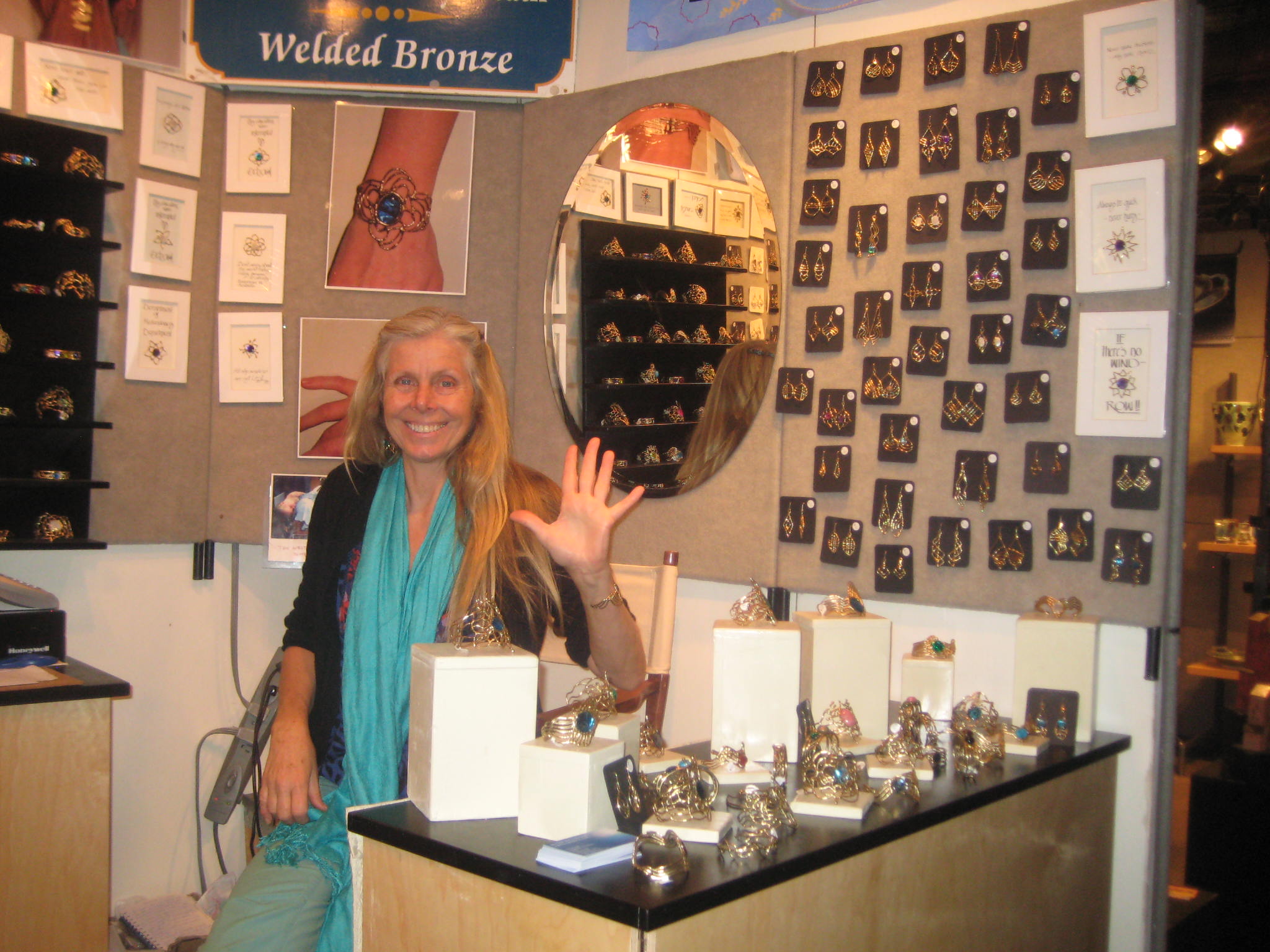 When Andy’s and my business of making and selling welded bronze jewelry took off, we wanted to share our good fortune and had read about the concept of tithing.

We discovered that receiving was a way to be generous.

When Andy’s and my business of making and selling welded bronze jewelry took off, we wanted to share our good fortune and had read about the concept of tithing. Tithe means tenth and giving away a tenth of whatever we earned was what we chose to do.

We were friends with Edward Morgan, who was the pastor at Southside Baptist Church, in Chicago. Ed worked as the “houseman” for my grandmother, during the week and our family occasionally attended his church on Sundays. It was a rowdy, fun church with people shouting out “Hallelujah” and “Praise God” and stamping their feet and clapping hands in time with the singing and hugging each other with sheer joy.

Andy and I started tithing to Edward’s church.

Years later, we expanded our tithing to include individuals we knew were in need. We tithed to our midwives, in Taos, because they put all their money into the midwifery that served our community and never had money to take a vacation break. We tithed to artist friends who’d experienced an accident causing hardship. We had a little speech we’d say when giving people money.

“This is not a gift from Andy and I, it is a gift from the Universe. We never counted this as our money and we are only the conduit the money is coming through, not the givers. In our world it can be awkward for a friend to give you money and we are asking you to understand that in being the receiver, you are allowing generosity to exist. Generosity requires a giver and a receiver and now it’s your turn to be the receiver.”

During our first winter without enough money, we received anonymous money orders and cash in the mail. It happened 6 times over about 5 months. I open a letter without a return address and $200.00 would fall out.

One day, my dad sent us $637.00 check, out of the blue. He said God told him to send us that amount. I was surprised God had gotten involved in our little life problem, but I was grateful. We never knew who else sent us money because it was all sent anonymously.

We understood it was our turn and in receiving we were part of generosity being expressed in the world. It felt magical, but it wasn’t. Some real person put cash in an envelope and mailed it to us because they saw we were truly in need.