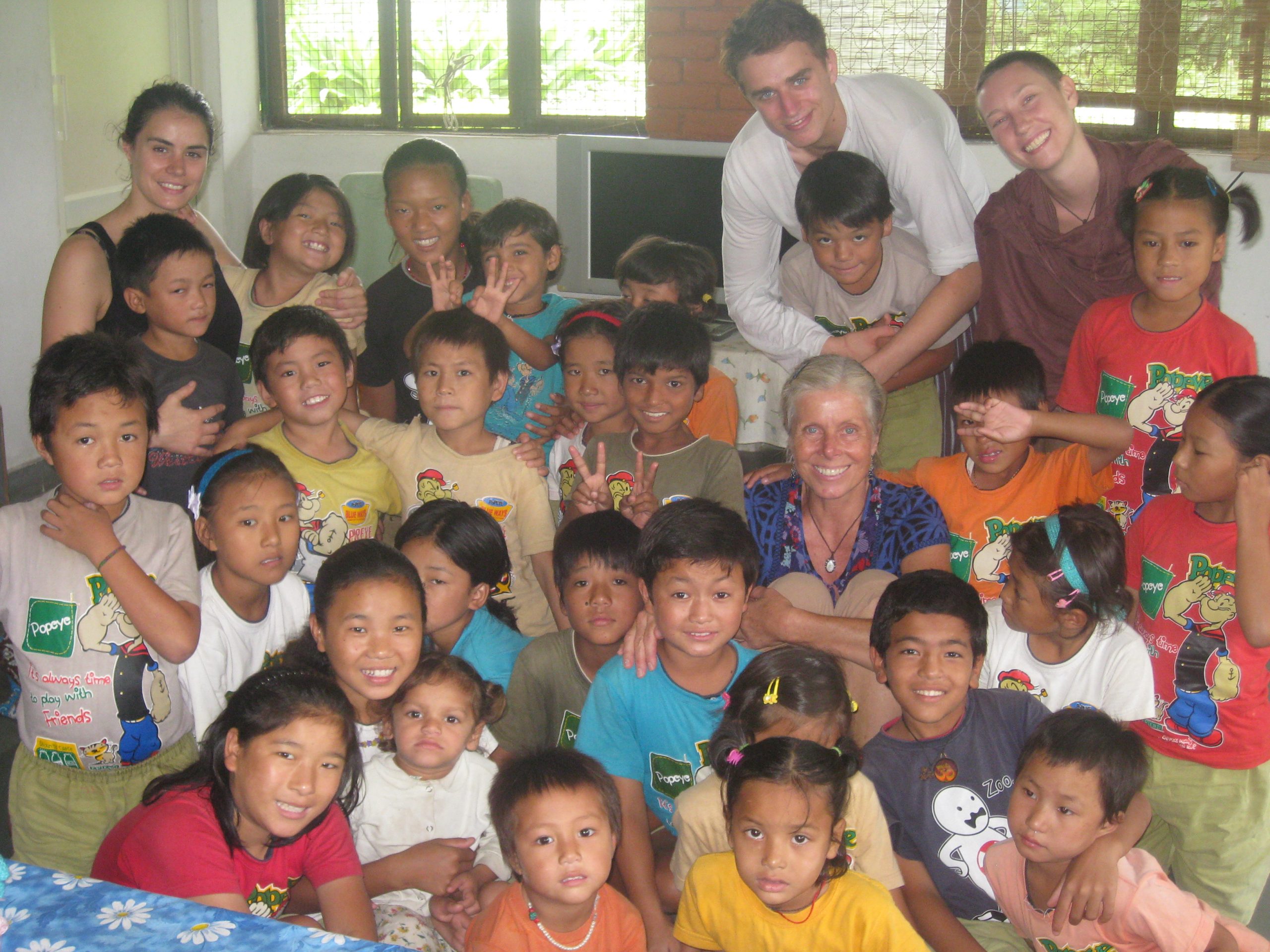 I was told I would be teaching a class of twelve newcomers, who spoke no English. Alana would not arrive for a couple weeks because she was finishing her second year of college, so I was on my own to start.

It was 2008, the second year we traveled to the orphanage in India to teach. Most of the 60 children knew me.

I was told I would be teaching a class of twelve newcomers, who spoke no English. Alana would not arrive for a couple weeks because she was finishing her second year of college, so I was on my own to start.

Walking to the hostel, where the children lived and went to school, I thought about names.

I followed the dirt path through a mango orchard and a grassy field where we played kick ball and soccer. I passed a garden of flowers that I didn’t know the names of. Remembering how learning the name for Andy’s illness had empowered us, I became determined to quickly learn the names of these twelve children who had arrived only a few days earlier. Each of them had their own story. For me to be able to teach them I had to be granted access to those stories and that would come by learning their names.

Most of the teacher volunteers we met never learned the children’s names at all. These volunteers did not stay long and were unable to learn or remember the unfamiliar sounds of the Tibetan and Indian names. We had made a point to learn each child’s name and I intended to do that this day.

Opening the red painted door I was faced with three square tables occupied with four serious looking kids at each one. They were waiting for me.

Standing at my place in the front, I said, “Hello!”

Twelve voices parroted back in unison, “Hello!” Maybe this would not be as hard as I thought. I pointed to myself by putting my hands on my own chest and said, “My name is Michelle Mam.”

I stretched my hands out to the child closest to me motioning for her to tell us her name and she said, “My name is Michelle Mam.”

I burst out laughing and tapping my chest again said, “I am Michelle Mam.”

All the kids said in unison, “I am Michelle Mam.”

I suddenly noticed one familiar face in the group. It was Chunkit, a very young child who was in my class the year before. She was probably too young to move to the next class and got placed here. I called to her and she came up to the front.

For emphasis, I had her stand on a chair and said “Chunkit,” while holding her shoulders and then “Michelle Mam” while pointing at myself.

These are the names of some of the children who saved us.