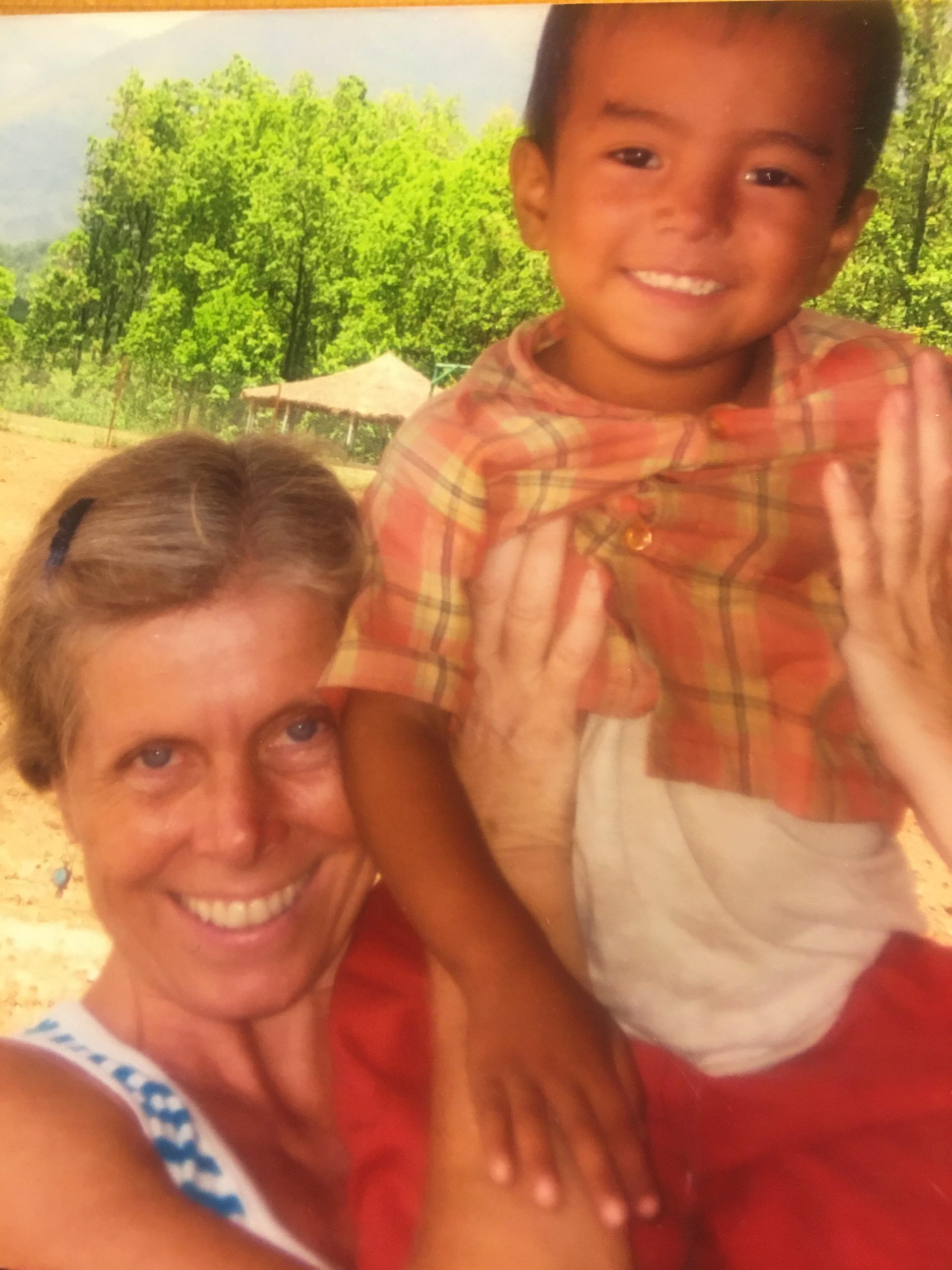 As for me, in our first week I was assigned the class of the youngest children and I had a two year old named Stanzin.

Before leaving India, our participation in daily life at the orphanage and school had honed our abilities in living well with Parkinson’s. The two months spent there saved us from pitfalls we had been heading towards in our own culture. It felt like we were graduating from an extreme school that gave us lessons in acceptance, forgiveness, compassion and love.

Over the two months all our “classes” were experiential.

Our first night at the orphanage, we felt disoriented after 15 hours on the plane, a 7 hour train ride and 1 last hour in a car. Jetlag dulled our coherence as we shared food prepared for us but had no hunger. All we could comprehend was that we needed to sleep, yet before that was allowed there was a line of 60 children waiting to greet us. We sat on the step of our 2 room hut and one by one each child walked up and hugged each of us. We received precious hug after hug after hug accompanied by every pure voice saying, “Welcome mam” or “Welcome sir.” It was almost too much to take in, but not quite and after that initiation to our new place, we felt quite at home and slept soundly, awakening renewed.

We loved all the kids but we created relationships with individual children according to all our needs and abilities and how we matched up.

“Funnyman” a child about 8 years old, risked getting into trouble every single morning when he left the hostel and walked to the other end of the orphanage grounds to our hut and waited for Andy to come out. They shared the ritual of hauling water in buckets to water the flowers. Funnyman ditched school so as to watch and help Andy measure and draw plans for the suspension bridge. Finally, the people in charge gave him permission to stay every day with Andy. He no longer had to be sly, but for this privilege, Andy told him, “I am no longer going to call you ‘Funnyman.’ I will be using your given name and call you Rinchen.”

Many evenings, Andy sat by himself during times of dancing or crafts because his shaking symptoms were a bother. Rangdol was a young girl who was afraid of men and nobody could convince her to interact with male teachers or workers. She was in Alana’s class, was withdrawn and acted injured. One evening Alana touched my arm and whispered, “Don’t look suddenly but Rangdol is sitting in Andy’s lap.”

It was true. She chose him as the first, but not the only or last man to trust. She chose well.

A child named Yangzes adopted Alana as an older sister and years later, Alana visited Bodkahrbu, where Yangzes had been born as one of five sisters. Alana became the sixth sister.

As for me, in our first week I was assigned the class of the youngest children and I had a two year old named Stanzin. He attached himself to me and one school day I held him all through class and then after class as he cried and thrashed and bawled for about 45 minutes until he collapsed in my arms and fell asleep for another hour.

Florence, our new Ladakhi friend who was a house mother to the children told me, “Stanzin had not settled and he needed you to be here because he feels safe with you and he could cry his deepest tears and release all the pain of leaving his mother.”