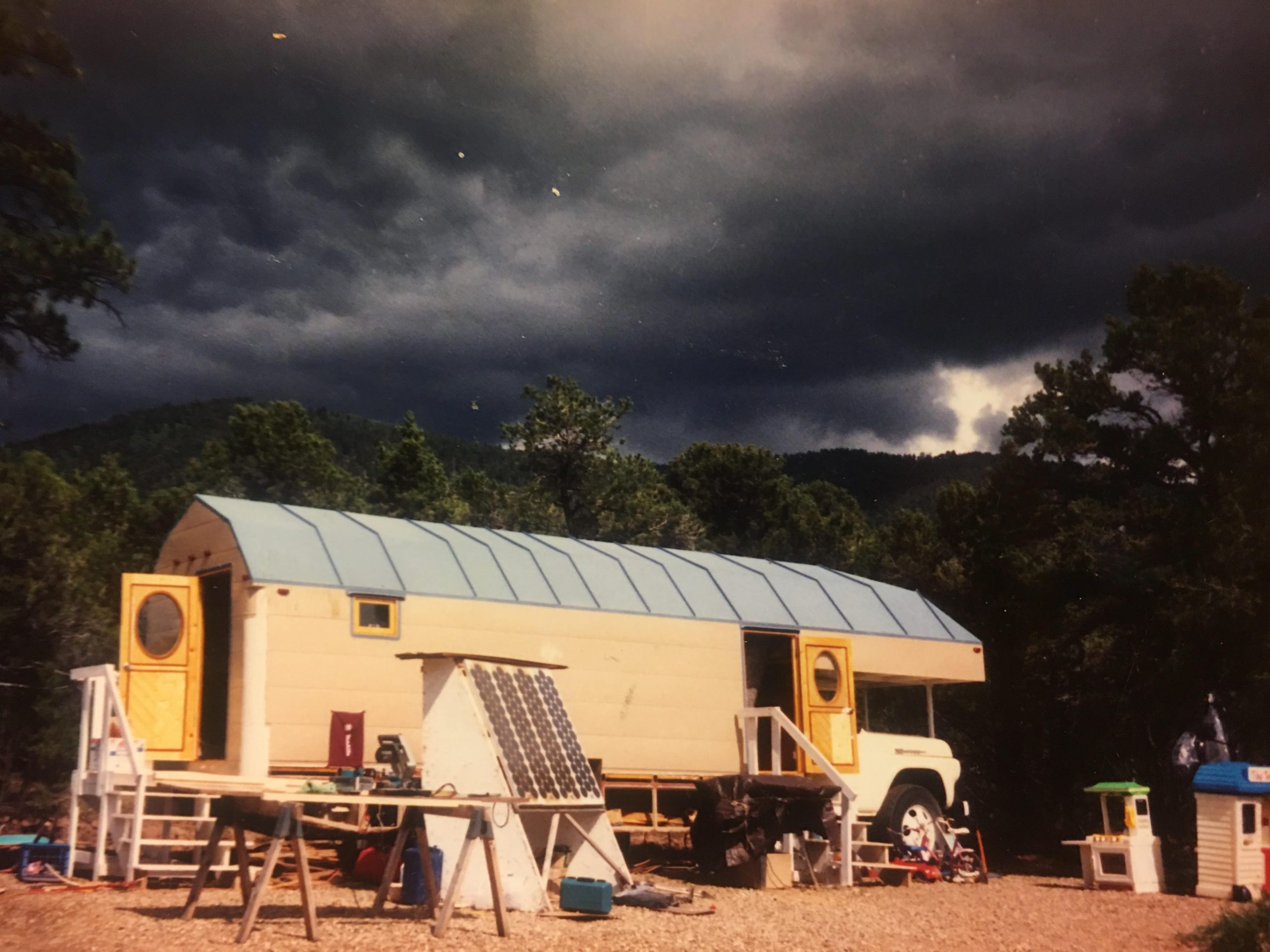 While living with Parkinson’s Disease, we asked our friends to stand with us no matter what crazy situation was presented. Friends of ours had to be willing to visit with Andy and treat him with kindness and respect while he shook all over in obvious discomfort.

They had to be able to stay firm in recognizing their friend, Andy, who was buried deeply underneath extreme suffering. They had to overlook, or at least laugh, when I invited people over for dinner for soup and salad and ten empty cans of split pea soup were noticed in the garbage bin.

The beauty of this awkward time was that as people  bowed out, new people showed up.

Matt showed up. He was a young man I had met skiing and he became one of our best friends. He would have been a friend before Parkinson’s too but we met him after the disease was ravaging Andy.

Andy was an artisan and craftsperson and he built many outrageous homes that our family had the pleasure of living in. His signature style included function and beauty in exotic locations. We lived on a thirty foot long lifeboat discarded from the Great White Steamer that used to ferry people from LA to Catalina Island. Andy redesigned the lifeboat into our floating home. He created a magical tree house that we lived in for five seasons at the Bristol Renaissance Faire in Wisconsin. When we first met,  arrived in Catalina to a one room cabin that Andy had repainted into what looked like an underwater paradise.

Our dream home was his crowning glory of projects and was our “Rolling Home” housetruck, a gorgeous comfortable home on the back of a truck where we had lived and raised our children.

During Parkinson’s our housetruck had fallen into disrepair. Mattey stepped up to help Andy do what he could no longer do; he helped in an extraordinary way.

They worked as a team and Mattey’s hands followed Andy’s voice telling him what to do and how to do it. They were two people acting as one in the dance of mildew cleaning, wall scraping, repainting, carpet laying, and final touches.

It was springtime when this happened and one night it snowed a couple of feet. I was surprised when Mattey showed up in the morning because he was a dedicated backcountry powder skier and conditions were perfect.

“What are you doing here?” I asked him.

Andy and I are on a roll and our work together is more important to me than skiing. There will be other powder days.” He said.

Mattey was at our home for dinner that time I was too overwrought and exhausted from Parkinson’s caregiving to make my signature homemade split pea soup. He winked at me when he noticed the cans and gently closed the lid to the bin. He was kind enough not to mention it to our other guests and audacious enough to compliment me on the soup.

What kind of friends have you attracted?