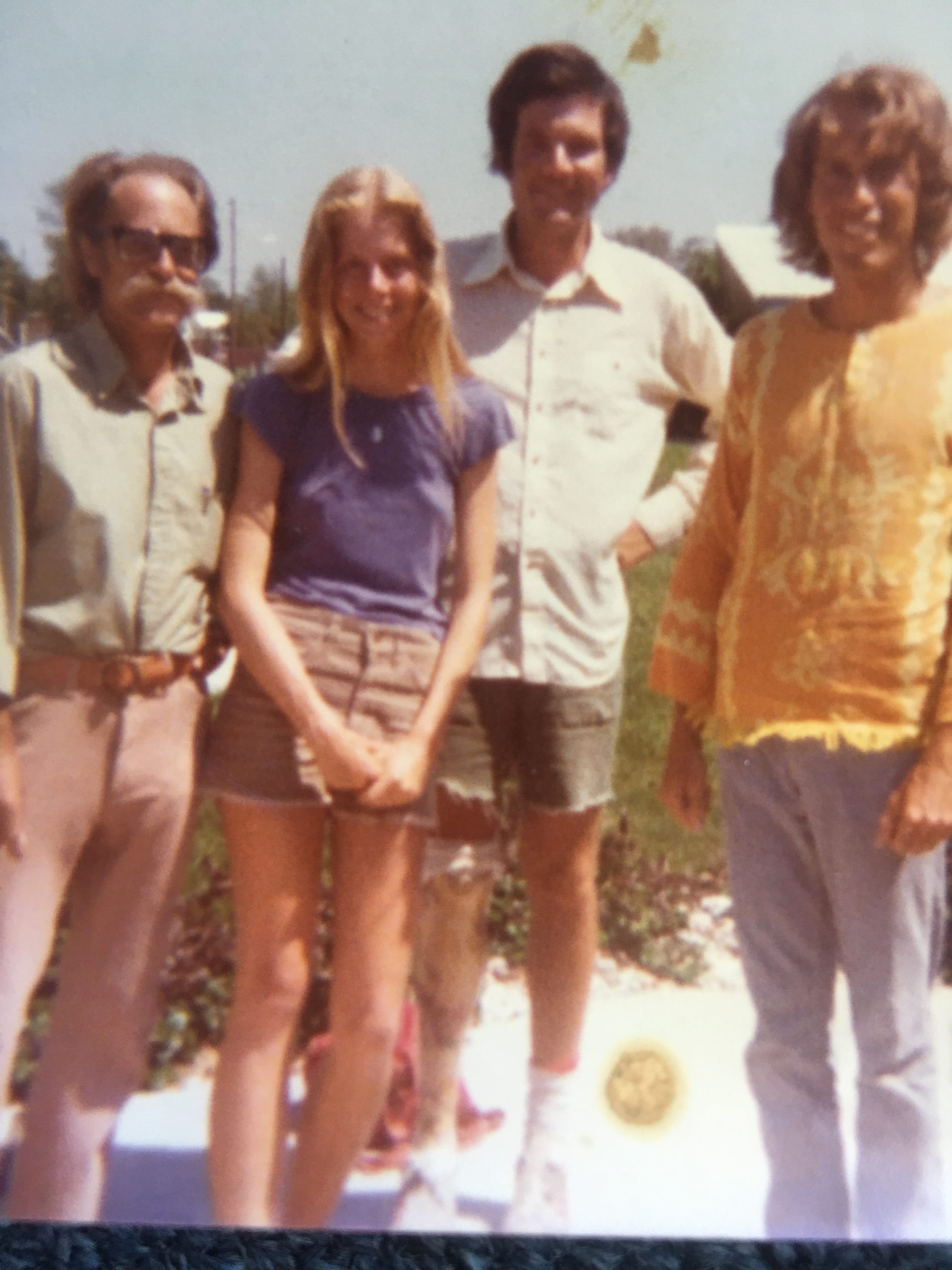 I see now that it could not have been easy to be a handsome young man with only one leg. Bill often made it look easy because he chose to immediately embrace his pioneering role and become a teacher

Our friend, bill, was a helicopter pilot and flew in Viet Nam  during the war. He was nineteen. The story he told me was that he had picked up some soldiers needing to be rescued and was fired at. A bullet hit his lower leg and foot and suddenly instead of being the rescuer he needed to be rescued himself. He remembered, “I had a hard time staying conscious and kept nodding out and the guys with me asked about my first love as a child and I was deliriously explaining about this cute little girl in 4th grade.” The guys were facing their own deaths if Bill went unconscious and the questioning worked and he landed the helicopter.

I met him when he was twenty six years old and learning to ski with his bk, or (below knee) prosthetic. Bill had always loved wearing shorts but his fake leg really stood out if he wore them now.

I learned a lot from Bill because he was Andy’s and my best friend for many years.

I see now that it could not have been easy to be a handsome young man with only one leg. Bill often made it look easy because he chose to immediately embrace his pioneering role and become a teacher, for us and anybody who came into contact with him.

He noticed young kids pointing and whispering about his fake leg when he wore his beloved shorts. He saw mothers turn their children away from him, and that hurt. His response was to carve and paint the beloved Disney figure of Mickey Mouse onto the front of his fake leg. It gave him a way in to ease the truth of his lost leg into the consciousness of innocents in a way they could accept.

When Bill skied he loved riding the chairlift as a single and relished meeting potential new friends. He carried slips of paper in his pocket  and on each one he had written a joke or an inspiring quote. I first met him on the chairlift and did not know he was an amputee since he was wearing long pants. He pulled out a slip of paper as we rode and read me a joke about amputees.

I was horrified. He pulled out another slip of paper and read me a second amputee joke and he was laughing so hard and just cracking up.

As we got off the lift I thought he was one of the oddest people I had ever met.

We learned to laugh with Bill and that taught us to also laugh at our own vulnerabilities.