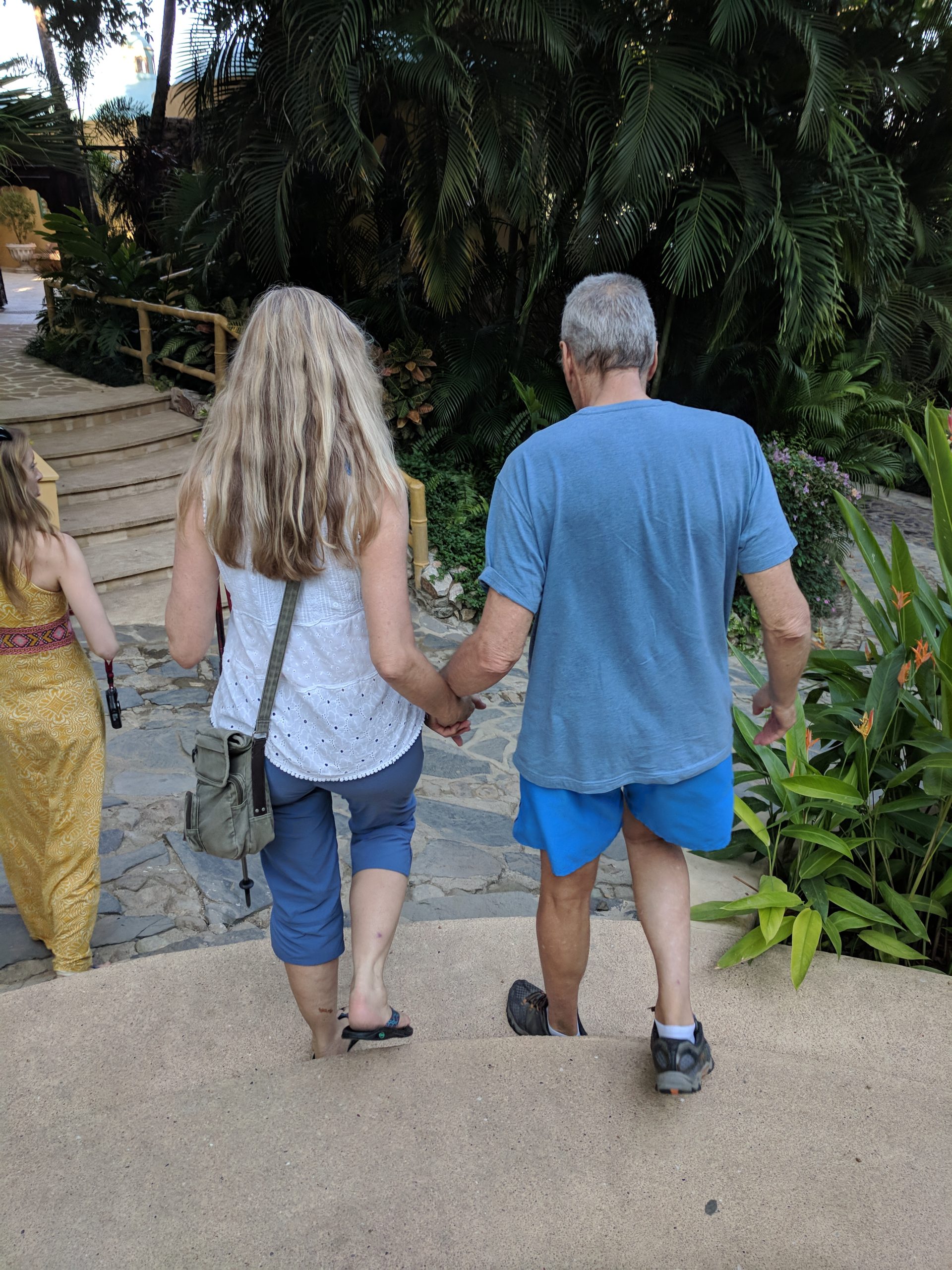 Andy’s hands, that shook uncontrollably for seven years, are now still. When he holds my hand in his, I feel treasured.

It makes me smile when I hear about any sort of treasure hunting. As a small child I was enchanted with the idea of treasure. I dug holes behind my mother’s flower garden in hopes of being able to reach my imagination’s mythical China or even better, to hit buried treasure.

We moved into a big Tudor style house, when I was eight years old. I was mesmerized that we had an entire room for luggage, and another for sewing that had an ironing board built into the wall and also a closet that served as a private telephone booth with a telephone built in. I busily hid secret messages in the hard to find recesses of these rooms and those messages often contained handmade treasure maps leading to spots where I had buried something I deemed valuable like a seashell or a feather.

It has not been much of a stretch to become the caregiving treasure hunter I am today.

When Andy was only sixteen years old, he read an ad in the LA Times newspaper looking for people who wanted to join a treasure hunting team in Florida. He begged his parents to let him go but they refused. He spoke on the phone to the person leading the expedition and it was Mel Fisher– unknown at the time- who, twenty five years later discovered a shipwreck with $400 million in cargo. Some of Mel’s team, including his son, died retrieving the treasure and Andy said, “I really wanted to go, but my biggest treasure is my life which I still have.”

On the ferry crossing Lake Powell, he told me the attendant didn’t give me back my credit card. I hadn’t noticed. At home he often points out the deer behind the Juniper trees or the coyote running behind our house.

Andy’s hands, that shook uncontrollably for seven years, are now still. When he holds my hand in his, I feel treasured.

Andy receives a lot of special consideration as he meanders through his life. The people who show him these favors are being triggered to be their very best selves. They open doors, help him with packages, let him have the parking space or the chair or the best dessert and in every case, Andy is triggering the most valuable treasure these strangers have inside, which is their kindness.

As caregivers, we get to witness this extraordinary way of living.