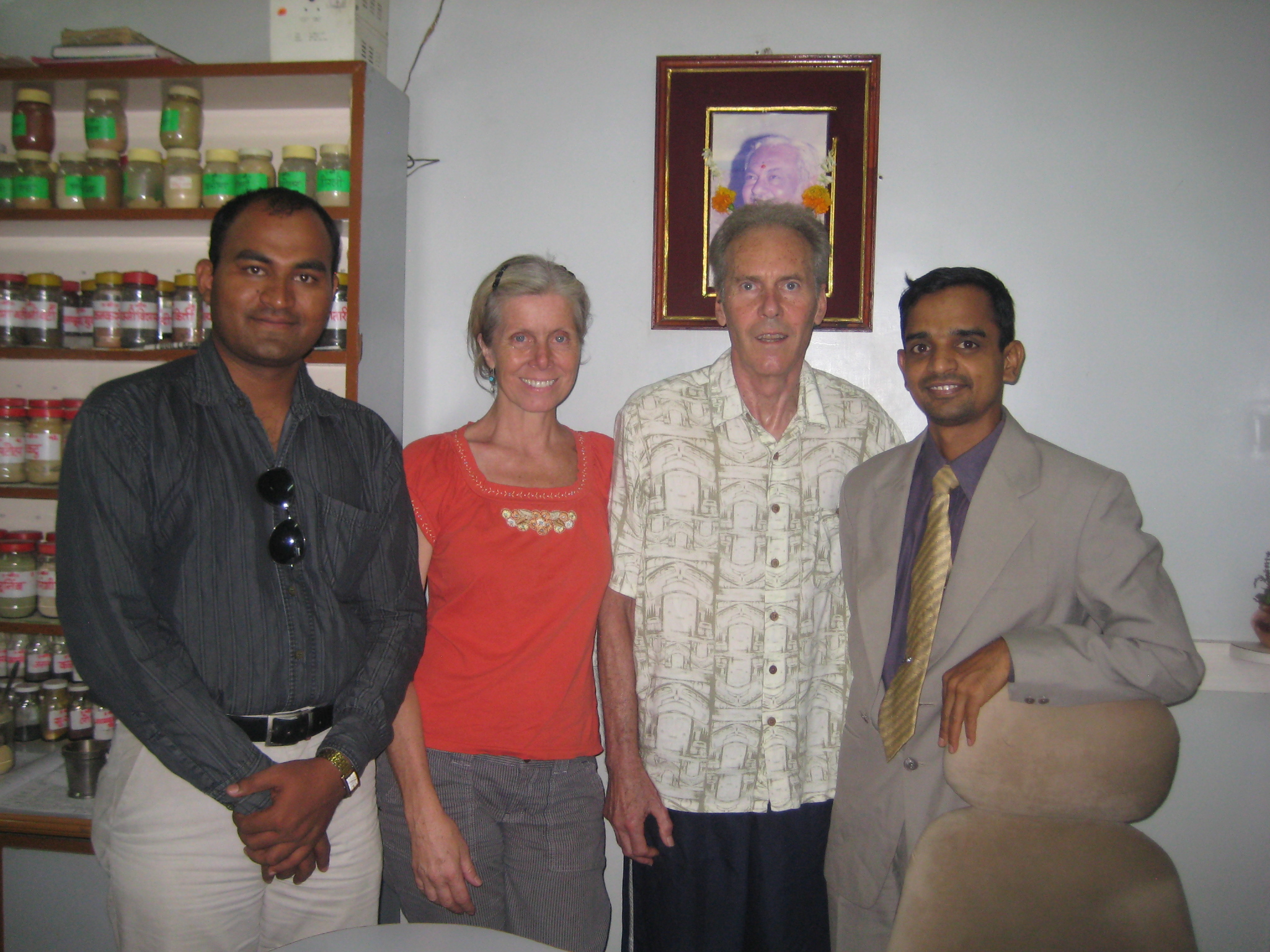 If you are alone and are facing an illness or disease, start thinking about who makes you feel better when you are around them.

Dr. Nisar Shaikh and Dr. Anil are part of our team and pictured with Andy and I during Ayurvedic treatment in Pune, India

Well, sort of, but it’s possible for everyone to have a team.

Andy and I have been told numerous times, how lucky we are to have each other. This is often said in reference to Andy’s Parkinson’s and the challenges we face because of that. Our doctors shared some of their frustration dealing with Parkinson’s patients without partners. We learned that patients that aren’t capable of reliably following directions regarding medication or best practices for safely are sometimes overlooked.

This is simply a natural consequence. There isn’t time to handhold a few, when others with a team are able to handle the doctor’s orders.

How can people who don’t have a partner or willing adult children or extended family find a team?

Norman Cousins shares, in his book, Anatomy of an Illness, that at his diagnosis of an incurable disease he decided that,”…some experts don’t really know enough to make a pronouncement of doom on a human being. If they were believed, it might be the beginning of the end.”

A team for someone with an illness usually begins with a doctor. It is important to expand from that. I’ve had to ask people to be part of my team, which wasn’t easy. Fortunately most were enthusiastic and willing  but asking for help is always risky. I mean, someone will probably say no.

A health team can include health practitioners, alternative medicine doctors, neighbors, friends, family and people in support groups. The only qualification I have for a team member, is that they want the best for me.

If you are alone and are facing an illness or disease, start thinking about who makes you feel better when you are around them.

Educate yourself about alternative treatments and support treatments for your condition and ask for a free initial consultation/interview with practitioners in your area.

Be transparent about what you are looking for.

There are 7.5 billion people presently on our planet and among them exists the team that will be just right for you to call on to help you through challenging times.

Nobody gets a team without asking.

Who would you ask?