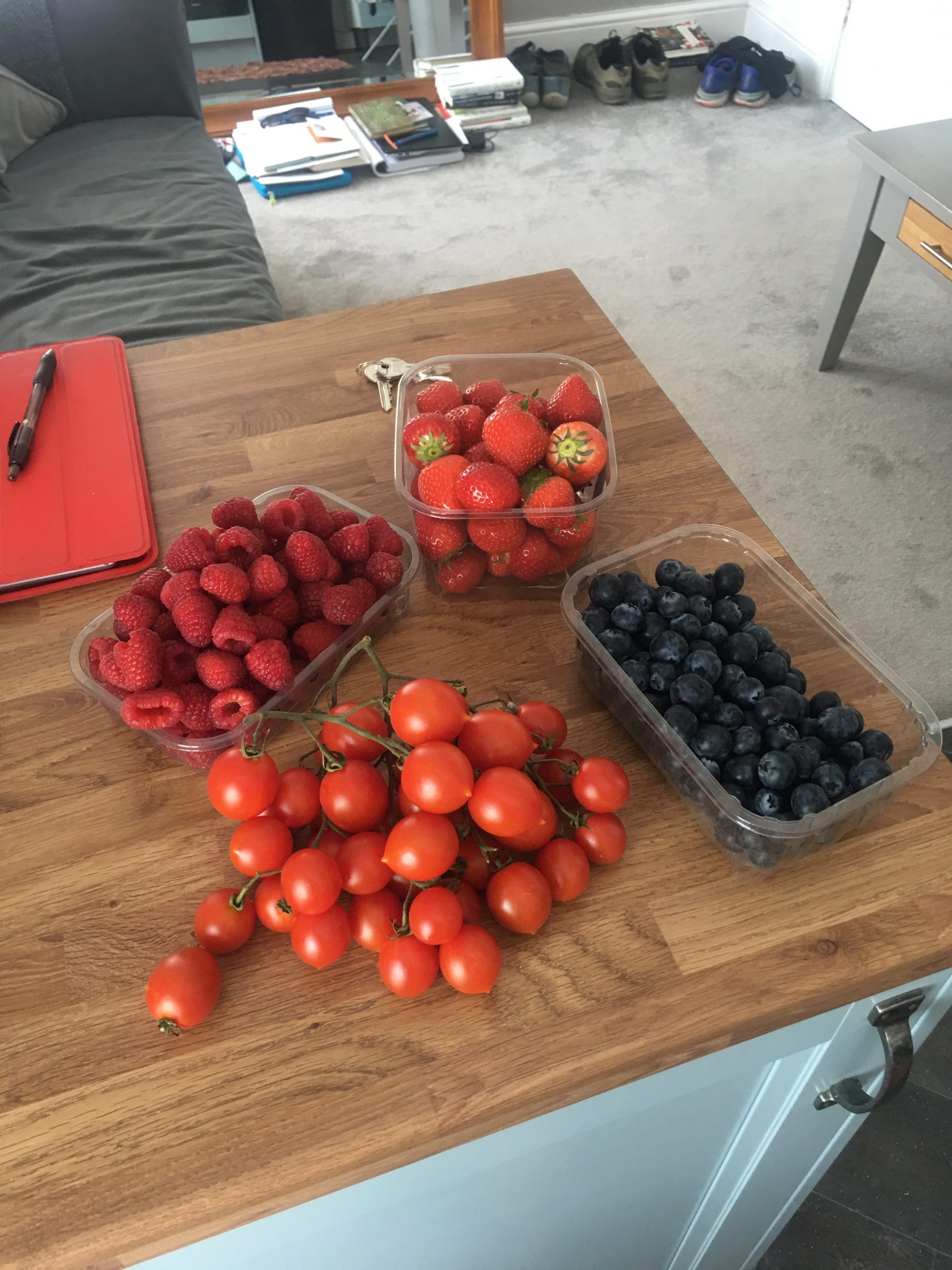 After George died, I asked Andy if they had made peace and Andy told me the miracle that had happened, with raspberries as the conduit.

My husband, Andy, had a difficult relationship with his father.

The first time I met his dad, we’d driven from Los Angeles to San Francisco to meet for dinner at George’s home. We arrived late. We didn’t know we’d arrived late because we’d phoned him just before we’d left and we drove straight there. George had expected us earlier though and he met us in a rage, screaming profanity down from his second story apartment window. Andy yelled back, “Good bye George, we are leaving,” and he motioned for me to get back into the car. “Wait! I’m bloody coming down!” George shouted, and his head disappeared from the window. He and Andy talked it out and finally we went upstairs to the roast beef and potato dinner he had cooked for us with awkward conversation on the side.

Later, we became estranged from George for years at a time until we’d cycle back into uneasy relations. In 1986, George was dying for real. Andy flew there to be with him and stayed in the hospital. After George died, I asked Andy if they had made peace and Andy told me the miracle that had happened, with raspberries as the conduit.

“George smelled the raspberries I was putting on my breakfast cereal and though he wasn’t allowed to eat solid food, he looked at me and said, “I’ll have some of those.” I hand fed him the raspberries and with his eyes closed and face showing ecstatic wonder, the love flowed and washed away everything else.”  There was yearning that was able to be fulfilled with those raspberries and the love came forward just in time.

My own dad was dying a little bit more each day of a lung disease and his only hope was a transplant. I asked him to write Mom a letter that she could read if he ever got the transplant, because there was such a big chance of dying during surgery. Months later, as Mom and I sat together anxiously waiting as his transplant surgery progressed, after an all night ordeal of getting there in a chartered plane, she pulled out the letter. He wrote, “When I wake up, I know I will either see God’s face or your face and either way I’m happy.”

The love flowed and we felt peace from the miracle of his words.

After Andy had suffered six or seven years of totally debilitating symptoms from Parkinson’s, I was afraid he might commit suicide. When I finally asked him about it he told me, “I would never do that to you, Michelle.”

I learned his love for me was stronger than his suffering.

Love gets hidden when massive pain and suffering occur and like the “lost city” love exists when hidden. It takes the persistence, enchantment, focus and enthusiasm of a four year old to bring love into the light of day and when this happens, there are miracles. Is love the source of ALL miracles?